Visiting the Paris Catacombs: A Labyrinth of Death Beneath the City of Light

Summary: Are the Paris Catacombs worth visiting? It depends on what you like. If you're not somebody who enjoys visiting cemeteries when you travel, it might not be the place for you. But there aren't too many other places quite like it and it has an interesting history. Here's a bit of the history of the Paris Catacombs, a few interesting facts and some tips for before you go and how to get there. Here's more about the catacombs, with some tips for visiting.
0
(0)

Visiting the Paris Catacombs is still popular with tourists. It also attracts those who illegally explore — or party– due to its unique, creepy, and intriguing nature.

Here’s more about visiting the Paris Catacombs, including:

This post or page may contain affiliate links.  That means if you click on a link that is an affiliate link, and then make a subsequent purchase, I get a small commission, at no additional cost to you, which helps me support this website.[dropcap]W[/dropcap]hen you’re walking the lovely streets of Paris, it’s easy to forget that you are, at some point, likely strolling over a city of bones. The network of underground tunnels that is the Catacombs de Paris is home to the bones of over 6 million former residents of the city.  The Paris Catacombs are believed to extend over 200 miles, but the portion you can visit as a tourist is around 1.3 miles or 2 km.

How and why are all of these bones lining subterranean tunnels beneath the city of lights? The underground city of death wasn’t intended to be a tourist attraction (though it ended up as one), but a solution to a genuine problem with Paris’ cemeteries.

Paris’ largest cemetery, Les Innocents, had limited space. Burials upon burials demanded that bones be extracted and placed in galleries within the cemetery walls to make room for yet more graves. You can imagine the eventual result of this overcrowding. Those living nearby or visiting the adjacent Les Halles Market would have been troubled – and that’s putting it mildly. Troubled by the stench, other health issues, and sometimes corpses refusing to stay buried.

Public domain scan of a 1550 work by Theodor Josef Hubert Hoffbauer showing the Saints Innocents cemetery — long before the cemetery closed and the bones relocated.

The event that finally clinched the decision to close Les Innocents came in 1780 when the weight of the cemetery’s dead collapsed an adjoining basement wall.

But a solution was found. Outside Paris (but later adjoined to the city) were the Tombe-Issoire quarries, a series of limestone tunnels spanning a great distance, which they blessed, consecrated, and repurposed into the new burial site.  Bones from Les Innocents were moved first as that was the most urgent issue, and then between 1787 and 1814, bones were transferred from other cemeteries.

At first, the tunnels would have been a disorganized mess, but  Louis-Étienne Héricart de Thurythe, director of Paris’ mine inspection service, arranged renovation. The new, more decorative, catacombs, including the tablets declaring things like the cemeteries where the bones originated, were meant to allow for visitation. And they did, initially becoming a curiosity among Paris’ nobles, then opening more frequently by public demand.

One of the many signs installed during the (first) renovation of the Paris Catacombs, identifying from which cemetery the bones came and when they were transferred.

So, are the catacombs creepy?

Everyone has a unique built-in-creepiness meter (creep-0-meter?), I think. What’s creepy to one person might not be to another. I found the catacombs – at least during the day and with a group – more intriguing than scary. However, it’s not a place I would want to spend the night alone.

Some Things You Should Know Before Visiting the Paris Catacombs

It can be damp in the catacombs; make sure you wear shoes with excellent traction that can get muddy and even a raincoat, depending on the weather and season. I visited in the Summer and encountered a few puddles, but no outright overhead drips.

And it’s underground; it can be cool, even in the summertime.

Get Tickets in Advance

You’re not the only one who wants to see the Paris Catacombs. Entrance is limited to 200 visitors at a time, and lines get long. The Catacombs de Paris has upgraded its website and translated it into English since I visited, making purchasing tickets more accessible for English speakers. I decided to practice my bad French by wading through the former site without the benefit of Google translate.

The Paris Catacombs are Not Accessible

According to the Paris Catacombs website, visiting the catacombs involves negotiating a total of 243 steps: 131 steps into the catacombs and 112 back up. There are no elevators.}

The 2km walk through is usually said to take about 45 minutes. If you’re like me and want to stop and look frequently, you should give yourself over an hour.

Are You a Photographer?

You’ll want to take lots of photos, but you’ll need to bring a fast lens because tripods and flashes are not allowed.

The official website says that only bags measuring 40×30 cm or less are allowed, and only in front of your body or your hand. I’m sure that I saw people get in with larger backpacks than this, but to be on the safe side, bring only a small bag. I wore a small teardrop-shaped pack on my back but was very careful when turning not to run it into anyone – living or deceased.

Getting to the Paris Catacombs

You can get there by RER B or Metro lines 4 and 6, stopping at Denfert-Rochereau. I’ve set up more specific directions and the interactive map on another page to improve the loading time for this page for those who don’t care about the interactive. You can also get to that page by clicking the map image below. 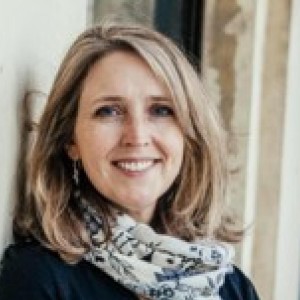